“Fantastic work” or “too much”? Observers weigh in on how Parkland prosecutor built his case 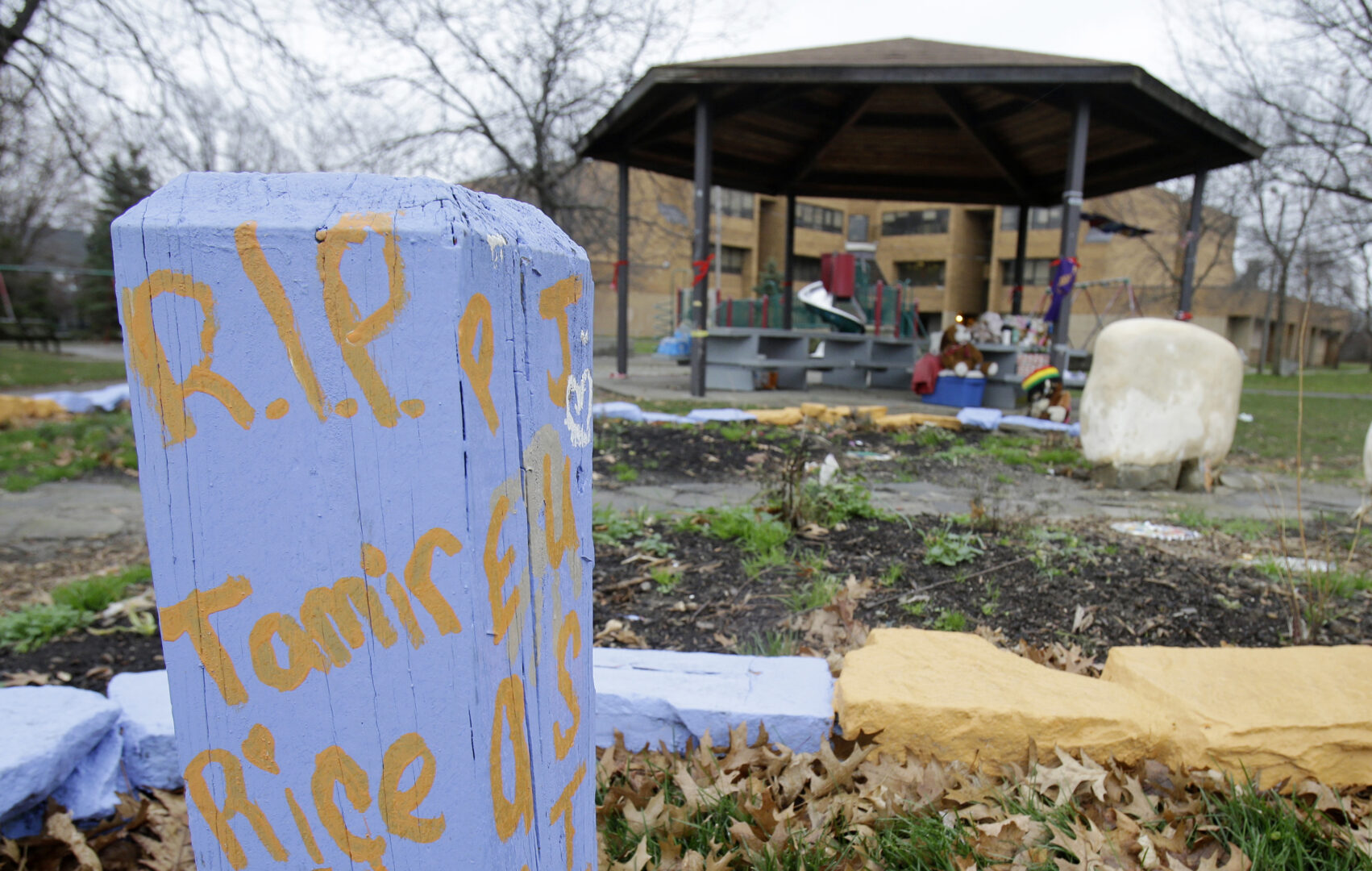 FILE – In this December 29, 2015 file photo, ‘RIP Tamir Rice’ is written on a wooden post near a makeshift memorial at the lookout point where the boy was shot and killed, outside the center of Cudell Recreation in Cleveland. Cleveland Police Chief Calvin Williams announced Tuesday, May 30, 2017 that Timothy Loehmann, the police officer who shot and killed the 12-year-old boy, was fired for inaccuracies in his job application, while the he officer driving the patrol car On the day of the November 22, 2014 shooting, Frank Garmback was suspended for 10 days for violating a tactical rule for his driving that day.

The former Cleveland cop who shot and killed Tamir Rice, 12 years old in 2014 retired from a Pennsylvania city police force on Thursday amid backlash and media coverage of his hiring.

Timothy Loehmann was sworn in on Tuesday as the sole police officer in Tioga — a community of about 600 people in rural north-central Pennsylvania, 300 miles (480 kilometers) from Cleveland — but left the post at 18 dollars an hour without having worked a single shift. , according to Borough Council President Steve Hazlett.

“The community has spoken. They expressed their feelings, and we listened to them and we will react and that will be it,” he said in a telephone interview. “We thank the community for stepping forward and making their voices heard.”

Tamir, who was black, was playing with a pellet gun outside a recreation center in Cleveland on November 22, 2014, when he was shot by Loehmann seconds after Loehmann and his partner arrived. Officers, who are white, told investigators Loehmann three times yelled at Tamir to put his hands up.

The shooting sparked community protests over police treatment of black people, particularly after a grand jury decided not to indict Loehmann or his partner. 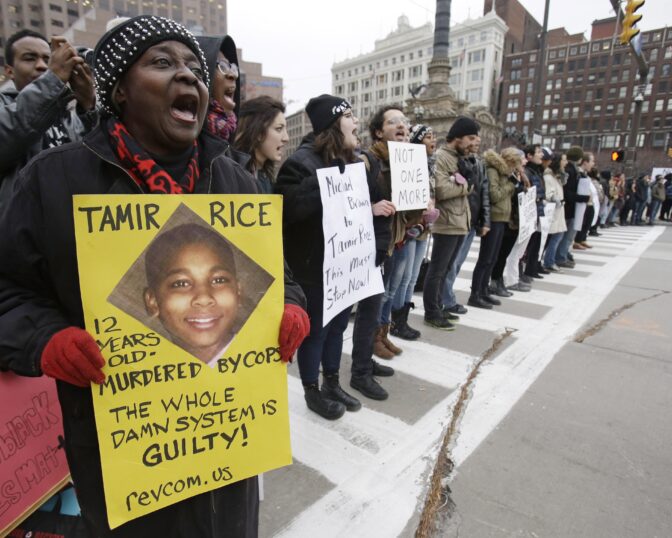 In this November 25, 2014, file photo, protesters block Public Square in Cleveland, during a protest against the police shooting of 12-year-old Tamir Rice. Cleveland police didn’t check Timothy Loehmann’s story before hiring him. And Ohio law required that a crime be committed before an officer lost his badge. So it was Loehmann who responded to the park where Tamir Rice was playing with what turned out to be a toy gun. Loehmann shot him.

Cleveland settled a lawsuit in Tamir’s death for $6 million, and the city ultimately fired Loehmann for lying about his application to become a police officer.

Loehmann has since made several attempts to find work in law enforcement. He landed a part-time position with a police department in the village of Bellaire in southeastern Ohio in October 2018, but withdrew his application days later after Tamir’s mother, Samaria, and others criticized the hiring.

The circumstances of Loehmann’s arrival at Tioga began to emerge on Thursday.

At first, Hazlett, the board chairman, declined to say whether Loehmann told the board about Tamir Rice’s case when he applied, or if the board knew about his background when he voted for him. to hire. But in a later interview, Hazlett told The Associated Press that “Tim held nothing back” in his candidacy. “He was upfront with everything. That’s all I can say,” Hazlett said.

Mayor David Wilcox called for the resignation of Hazlett and two other council members who he said knew of Loehmann’s background, saying in a Facebook post Thursday: “You should be ashamed of yourselves.”

The mayor told Cleveland.com he “felt like there was a thorough background check, that he had no issues.”

Wilcox said he was not involved in the hiring process.

The news that Loehmann had been hired by Tioga drew protesters to the borough building on Wednesday night and prompted condemnation from Tamir’s family.

“While it is all well and good that Loehmann does not inflict a reign of terror with a badge and a gun on Tioga Borough residents and visitors, Borough officials must be held accountable for their judgment. and their patently and excruciatingly evil ineptitude,” Subodh Chandra, a lawyer for the family, said in a statement Thursday.

“This mole game with Loehmann resurfacing shamelessly and repeatedly as a cop elsewhere must stop,” he said.

The board will meet next week to take action on Loehmann’s withdrawn candidacy and consider next steps, according to Hazlett. He said Tioga still hopes to hire a policeman.

(Want to receive this newsletter in your inbox? Here registration.) 1. President Biden’s climate and …