What is a Grand Jury? Details of Chris Chan’s trial and court case explored

Online sources say Chris Chan’s case will go to a grand jury. Today, a Reddit user took to the social media platform claiming to have obtained confirmation from a legal expert that the vlogger’s case “has been cleared for grand jury”. An official announcement of the same has not been made online. However, netizens online believe the rumors about the YouTuber’s potential lawsuit to be true.

Chris Chan, real name Christine Weston Chandler, was arrested in Richmond, Virginia in August. The designer was held without bail after reports of having sex with her 79-year-old dementia-stricken mother came to light. In a phone call, the internet personality admitted to having sex with his mother “every third night”.

Chandler claimed in a recorded phone call that his mother “took the first step” and was “partially confused” by the act itself and that it “took a few tries” to get it right.

Chris Chan’s arrest was confirmed by the Greene County Sheriff’s Office, which claimed in a Facebook post that the vlogger was charged with one count of incest. It remains unclear if Chandler has also been charged with other offences.

Today, Reddit user u/pt924 took to the platform and revealed that he spoke to a lawyer and asked him about Chris Chan’s hearing status. The Reddit user claimed in the post:

“In his words, ‘the case has been cleared for the grand jury.’ That’s right, folks. Chris-chan is going to stand trial.

The platform user added that he fully understands that netizens might not believe this claim. However, “that’s what I got when I called.”

YouTuber SmokeyMcC also posted a video today titled Chris Chan is going to stand trial – The prison saga beginswhere the YouTuber shared an audio clip of someone talking to a lawyer who also said Chandler’s case was “Grand Jury certified.”

What is a Grand Jury? Everything you need to know about Chris Chan’s potential lawsuit

According to Merriam-Webster, a grand jury reviews evidence gathered against a person accused of a crime. After reviewing the evidence, they make formal charges against the person if necessary and are then put on trial. The website describes a Grand Jury as follows:

“A jury which considers the charges against those accused of a crime and, if the evidence warrants it, formulates formal charges on which the accused are then tried”

Although the Grand Jury investigates the evidence produced against the alleged culprit, it does not decide the final nature of the alleged crime or the criminal. Their duty is simply to determine, at the beginning of the case, whether charges can be brought against an individual.

The Grand Jury is authorized to subpoena witnesses and any information regarding the case.

It’s official. Chris-Chan appears before a Grand Jury. We could literally have the Chris-Chan trial. It could very well be a testimonial.

It’s official. Chris-Chan appears before a Grand Jury. We could literally have the Chris-Chan trial. It could very well be a testimonial.

Read also
The story continues below

The number of jurors and their identities for Chandler’s trial remained unknown at the time of this writing. Information regarding Grand Jury deliberations recorded for public viewing has also not been made public.

Sources say this isn’t Chandler’s first problem with the law. Chandler and his mother had to pay a fine, undergo community service and a year of probation after Chandler’s mother hit a store manager with her car. 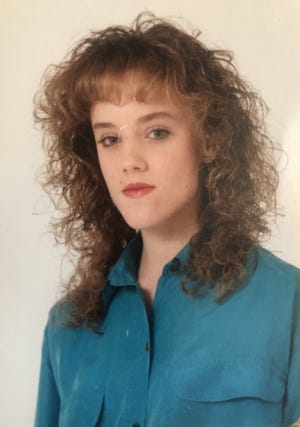